Does fiction require anonymity? And if an author chooses to draw heavily from their own life, and the lives of those they know and love, how should a reader judge such intimate and intoxicating but reckless honesty? The Norwegian journalist Tonje Aursland, for example, was formerly married to literary sensation Karl Ove Knausgaard. She read about her then husband’s ongoing affair, which would ultimately end their marriage, along with the rest of Norway in her husband’s novel. Knausgaard described the moment—of his ex-wife’s reading of the affair in the first book of My Struggle—in the second book of My Struggle, the roughly 3,600-page “novel” in which he remorselessly dissects every aspect of his personal life, without even bothering to change his family members’ names. But perhaps hiding their names wouldn’t have mattered.

Ben Lerner’s absorbing new work of fiction, The Topeka School, extends the customary protections of anonymity to its characters. And yet the book conjures an intimacy that exceeds even Knausgaard’s confessional brutality. Most readers know by now that the author’s basic biographical details—son of psychotherapists, from Kansas, debater—are mirrored by those of the story’s protagonist, Adam, who has appeared elsewhere in his fiction. But even if I hadn’t known this, I would have felt the vague discomfort of violating someone’s most precious memories, the darkest fantasies of his unconscious mind. Reading The Topeka School, I felt as if I were eavesdropping on a stranger’s therapy. Yet this uncomfortable intimacy is, in some ways, the novel’s greatest gift. Because despite the book’s specificity in place and time—Kansas in the late 1990s—it is really America that is lying on the therapist’s couch. The discomfort, then, comes not just from violating the privacy of a stranger, but from recognizing the failures of oneself and, by extension, one’s country. Honesty, in this case, may be the most potent tool we have for making personal connections and, perhaps, even saving the country.

The novel derives its considerable power from how Lerner weaves memories together into a kind of analytic dissection of America’s psyche.

Adam grows up in Topeka, the son of Jonathan and Jane, therapists from New York who moved to Kansas to take up postdoc positions at a well-regarded psychiatric institute there. Their son is a brilliant debater who suffers from migraines and anger-management issues, both possibly linked to a concussion he received as a child. The novel’s plot centers on two events: the national debating finals that Adam is widely expected to win, before he graduates from high school and leaves Kansas for college on the East Coast, and a shocking act of violence committed by Darren, a developmentally disabled boy in Adam’s class who has been integrated belatedly into the mainstream students’ party scene, more for his peers’ amusement than because of any genuine desire to include him.

Around and between these points of reference, the novel weaves a beguiling and multigenerational tapestry of memories, recounted from several perspectives. There are Darren’s disjointed attempts to come to terms with his new and unexpected acceptance among his peers, and his mounting rage at the perceived slights against his virility. There are Adam’s recollections, from parties and debating in high school to playground encounters in his present-day life as a novelist and father of two daughters in Brooklyn. There are Jane’s memories of sexual abuse, as well as an account of the deterioration of her marriage and her closest friendship in the wake of her growing fame as an author. There’s also the narrative of Jonathan, Adam’s father, whose betrayal of both Jane and his previous, first wife echoes his own father’s dalliances during his time as a diplomat in Taipei. 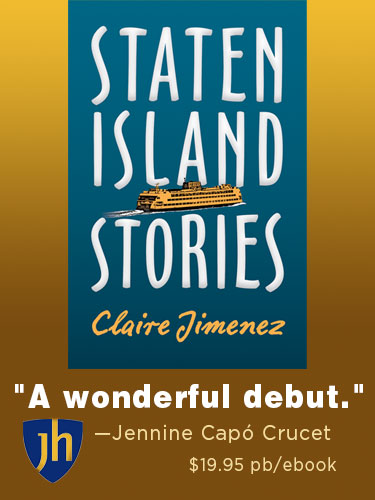 The novel derives its considerable power from how Lerner weaves these memories together into a kind of analytic dissection of America’s psyche. For Lerner, America’s primary symptom is glossolalia: a production of verbiage that loses in meaning what it gains in speed. We’ve lost our ability to communicate, even as we accelerate the rate of our speech. Within the novel, characters at times suffer from this condition. Jane’s speech, for example, devolves into glossolalia in the moment she recovers the repressed memory of her abuse at the hands of her father when she was six years old.

Sima is Jane’s closest friend and interlocutor. After Jane recovers her memory, their conversations soon develop into a quasi–training analysis, and it is during one of these sessions that the details of the trauma break through. Here is Jane recounting the episode with Sima to her son, Adam:

Then something happened in that space her silence made: my speech started breaking down, fragmenting under the emotional pressure, became a litany of non sequiturs, like how some of the poets you admire sound to me, or I guess like what Palin or Trump sound like, delivering nonsense as if it made sense, were argument or information, although I was speaking much faster than politicians speak; my speech was accelerating as if I were chasing meaning as it receded; it was like I was having a stroke. Sima would go on to point out to me that I kept saying the word “training”—like I would say, “Why would my mom give that painting to Deborah, well, my training tells me—” and then break off in midsentence and start talking about something else entirely.

—Because it happened on a train.

Where Jane’s abuse occurred is less significant for the novel than how the passage expresses the problem with speech, and political speech, today. Like a patient confronted with a trauma, we are experiencing a breakdown in our ability to communicate meaning; our words are becoming a litany of non sequiturs. We are succumbing, to use another of Lerner’s chief metaphors, to “the spread”: the technique, used by forensic debaters, of overwhelming an opponent with different arguments, in the hope that the opponent fails to respond to some specific points; these “dropped points” are then marked by the judges in the debater’s favor. The widespread adoption of this technique by professional debaters has had a negative result: creating a hermetically closed-off community, engaged in a speech practice whose absurd speeds, and questionable logical connections, make it unintelligible to outsiders.

Lerner notes that highlighting the link between this practice and today’s political dysfunction is not idle musing, as “the primary corporate sponsor of the National Forensics League” in the 1970s was an oil company. Lerner explains how this historical fact created a connection between debate culture and the national culture of today that is “imperfect, but undeniable: the supposedly disinterested policy wonks debate the intricacies of health care or financial regulation in a jargon designed to be inaccessible to the uninitiated while the more presidential speakers test out plainspoken value claims on civilians, a division underwritten by petrodollars.” What he need not say, but what underlies the plot—from its foreboding premonitions to its (literally) shattering conclusion—is that glossolalia, fostered by the deliberate splintering of a common language, leads inexorably to misunderstanding and, ultimately, violence. Violence in the form of, say, the glistening cue ball thrown by Darren as he’s verbally taunted by his peers in the midst of an alcohol-soaked high school party, which will eventually smash into the face of a classmate, splintering her jawbone.

The link between petrodollars, debating institutions, and today’s trolling culture is the dominant theme of The Topeka School, which fluidly shuttles between personal recollection and astute commentary on the cultural present—the respective warp and woof of a tapestry whose vibrantly colored threads are the shared and lost words of our political unconscious. Our pathological obsessions, and our return to standard operating procedures in moments of social stress, are both guided by linguistic associations that largely go unnoticed, until they are not. 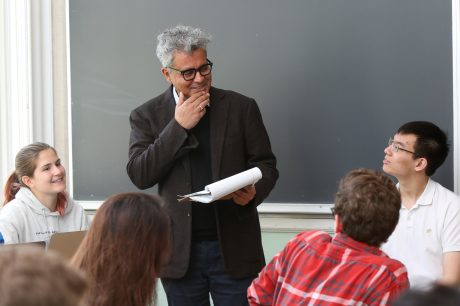 Jonathan’s affair with his wife’s confidant Sima, for example, is precipitated by a subtle and passing gesture: her “arms, instead of being occupied by the effort to balance, reach behind her neck, confirm the presence of the pendant … she typically hid … in the back, just below the nape, so it looked like she was wearing only a thin chain.” It’s a gesture that becomes meaningful because it summons one of Jonathan’s childhood memories. Jonathan recalls his own father’s desire, crystalized in an image: “My dad coming around the corner of the house one night arm-in-arm with somebody’s wife, ‘I think you’ll want to see the wisteria,’ then stopping to admire her necklace, lifting the little pendant from her collarbone.”

The link between such images, such gestures, establishes an underlying grammar that shapes the actions of the characters. In another example, Jonathan’s teenage crush in Taipei on a woman named Donna Selkie, his observation of “the curve where her shoulder became her breast,” leaves a kind of pillow impression for his later passion for Sima to fill, even in Sima’s absence: “I realized how my consciousness was on the wrong end of the line: I was with my wife and child, but my mind was picturing Sima half-awake beside Eric: fall of her hair across her pillow, slight part of her lips, curve where her shoulder met her breast.”

Lest we be lulled into complacency by the temporal distance of these recollections, Lerner keeps us attuned to the almost constant threat of the past’s incursion into the present, which mirrors and underlies that of the political into the personal. Adam’s trajectory bridges two worlds, as does, we must assume, Ben Lerner’s: What’s the Matter with Kansas? asked and answered via Adam’s later periods at Brown and in Brooklyn.

As the narrator reconstructs Adam’s coaching sessions with a former debate champion turned right-wing political operative, we are treated to a reverse tracking shot that steps back to contemplate its own perspective:

Weird to look through the window of the classroom door with the detachment of an anthropologist or ghost or psychologist making hospital rounds and see these two men, if that’s what they are, arguing in an otherwise empty room in a largely empty school eight years after history ended, snow flurries visible around the streetlights beyond the window. One, dark jeans sagging, is sipping a mysterious liquid; the other, khakis riding high, is explaining the slippery slope of so-called commonsense gun legislation a few years before Columbine. One of them will go on, when history resumes, to be a key architect of the most right-wing governorship Kansas has ever known, overseeing radical cuts to social services and education, ending all funding for the arts, privatizing Medicaid, implementing one of the most disastrous tax cuts in America’s history, an important model for the Trump administration. And one will attempt this genealogy of his speech, its theaters and extremes.

Far from jarring, this self-awareness becomes the novel’s thematic glue. As Adam takes up the story, now writing in the present—signaled by an airport protest against Trump’s immigration policies he attends with his Spanish wife—he reminds us of both the transhistorical relevance of his account and his personal investment in it as a fictional author of the fiction we are reading (who asks, in parentheses, “Why does it feel dangerous to fictionalize my daughters’ names?” even as he fictionalizes them). This is a move the author has learned from writers at the dawn of fiction, perhaps even from Cervantes, who craftily inscribed his own identity as he erased it. He, and perhaps Lerner, teaches us to meld the universal and the particular, the political and the pathological, into one potent literary brew—perhaps that we may truly become, in the novel’s last words, “a public learning slowly how to speak again, in the middle of the spread.”

This article was commissioned by Nicholas Dames.

For more on the topic of autofiction, visit this episode of the Recall This Book podcast in which John Plotz and Elizabeth Ferry speak to Helena DeBres.